Choosing the right kind of kitchen design can be rather challenging. There are so many different types of styles to choose from, and even trying to combine multiple styles can be an obstacle. One style that has been making a comeback over the last few years would be a Victorian Kitchen.

The Victorian Era was known for its timeless beauty, classic décor, and romantic elegance. Thanks to this, Victorian kitchens tend to be a very popular style for modern kitchens.  If you’re wanting to bring the Victorian era to life in your kitchen, then look no further! Continue reading on to learn about Victorian Kitchens and their impact on interior design.

What makes a Victorian kitchen design?

While the layout is very important, there are other aspects to the Victorian kitchen that make it what it is. This includes:

Unlike the Georgian Era, the Victorian Era liked to focus on details thanks to industrialization flourishing. Factories were mass-producing decorative accents, textiles, kitchen equipment, and even wallpapers. Wallpapers immediately took off and included different types of floral designs, styles, and colors. This has been a décor trend that’s still thriving to this day. While it’s important to understand what makes a Victorian kitchen, the history is something that also needs to be known.

This kitchen style is synonymous with creating a U shape energy flow with a central table or island and counters along the edges. It’s important to add elements on the counters, such as a crystal, mirror or bell above the stove to keep the energy moving. In addition, its important to not block the energy from moving through. I would not recommend adding a runner rug to the area below the stove.

The History of the Victorian Kitchen

A typical kitchen for a wealthy family in the Victorian Era would have been in the basement. Just like Georgian kitchens and eras before that, this was a simple basement room that the servants used. The modern-day Victorian kitchen gives a nod to these types of kitchens. Many modern-day kitchens focus on having a more open layout. Traditional Victorian kitchens for the lower class are much smaller, crammed with necessities, and would have far fewer decorations.

The Victorian Era embraced a few different styles during the Queen’s reign. Since the Victorian era lasted for 63 years, many styles and trends came and went for the upper and middle class. The Industrial Revolution was roaring, and so many things could be easily mass-produced. This included textiles such as tea towels, table cloths, drapes, and so much more. But it was far more than just textiles that were being mass-produced. Factories were able to mass-produce plenty of decorations for one’s home, furniture, and even supplies needed for their kitchen.

Painted in our new favorite deVOL shade ‘Bakehouse Green’ with brass hardware and the most amazing bank of fitted cupboards, this Classic English Kitchen is about as wow as it gets.

Free-standing kitchens have become synonymous with the Victorian-era kitchen. Since so many styles and trends were coming at a quick rate, this meant that home changes and renovations were a part of it as well. Range cookers, open glass-fronted dressers (hutch), butler’s sinks with an accompanied kitchen faucet, center-stage tables, and kitchen cabinetry would all be a part of the signature look and distinction of what makes a Victorian-styled kitchen. The Victorians put a lot of emphasis on functionality and elegant details. Unlike the Georgian styles of the previous era, the Victorian’s included elaborate wallpapers, scrolls, plasters, dentil moulding, and even corbels into their architecture and interior design.

1. The Appearance of a Victorian Kitchen

If you’re looking to create your Victorian kitchen, it’s best to get a breakdown of some of the elements that are included in this style. You might even be surprised to learn how easy it is to emulate for your own home!

You may be surprised to learn that even the Victorians used a kitchen backsplash for their walls! While it did depend on the type of home and the material on the walls, many kitchens did have this element and it continues living on. For a modern-day Victorian kitchen, many will incorporate tiles that have an array of different geometric designs or they may stick the traditional brick wall backsplash. There isn’t necessarily a right or wrong as these were both very common in the Victorian Era and are often used today for Victorian-influenced kitchens.

Most people will immediately think of copper cooking ware hanging from a wall when they think of a Victorian kitchen, and this is absolutely correct. This is one of the key appearances of a traditional Victorian kitchen. We know, copper pans are gorgeous but who can actually afford them? Well, the beauty of a modern Victorian kitchen is the fact that you can just simply display what you already own!

The Victorians loved using vibrant colors, but they intentionally would skip out on using light colors in their homes. This was due to the rampant pollution thanks to the Industrial Revolution. The interior of their homes was no exception either, as a lot of the interior would be dark which would include dark browns, black, grey, maroon, and even an off-white. The modern Victorian-era style still holds true as it’s mostly neutral tones that are present. This even includes adding some marble countertops as well to bring in a bit of glamor to the space.

2. Pros and Cons of a Victorian Kitchen

Pros of a Victorian Kitchen

Needless to say, Victorian kitchens are very elegant and detail oriented. The luxurious aesthetic is something that draws many people towards this style while also giving a nod to simpler times.

Victorian kitchens are meant to be open and spacious. This is excellent for a person who does a lot of cooking in their home.

Cons of a Victorian Kitchen

Creating a Victorian-influenced kitchen is going to get expensive. Sure, some of the decorative elements may be affordable but the furniture such as the cabinetry, kitchen island, hutch, and other pieces of kitchen furniture is far from affordable. Victorian kitchens tend to have a lot of details within their furniture, which also contributes to the big price tag.

Since Victorian kitchens tend to be very large and open, this could be something that is unachievable for some. Many homes such as apartments or newly built houses tend to have smaller kitchens that focus more on functionality rather than appearance. It could be challenging trying to bring in the elements of a Victorian kitchen if the space is going to be too cramped.

Why is this style coming back?

Others may choose to bring the elements into their home due to the historical feel and significance that the Victorian era once had. The intricate details, the color palette, and the luxurious materials used to create a Victorian kitchen are sure to impress any guest.

For more kitchen remodel ideas check out our post on blue kitchen cabinets, and kitchen faucets. 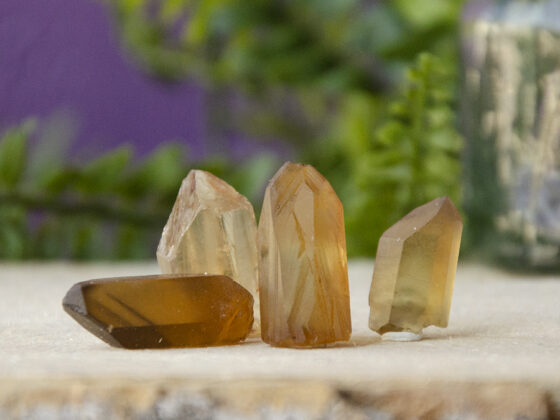 Uses of Citrine Crystal for Abundance in Feng Shui 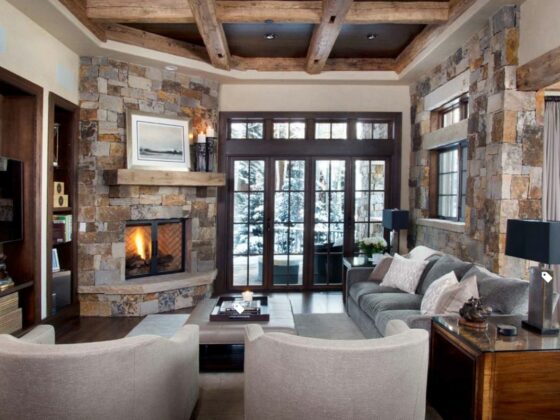 6 Hints to Arrange a Living Room with a Corner Fireplace 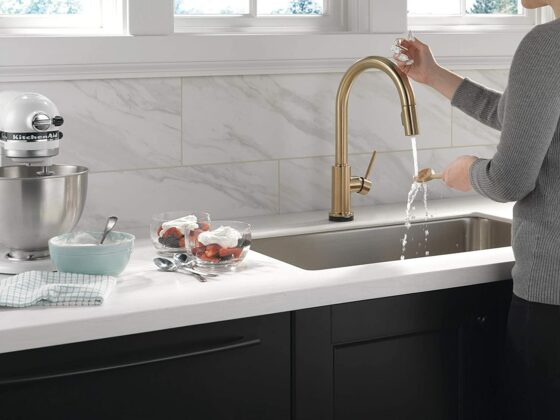 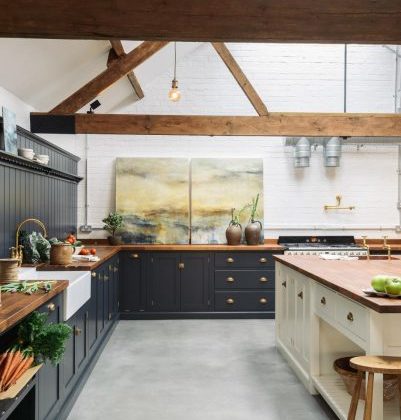 How to Style Blue Kitchen Cabinets 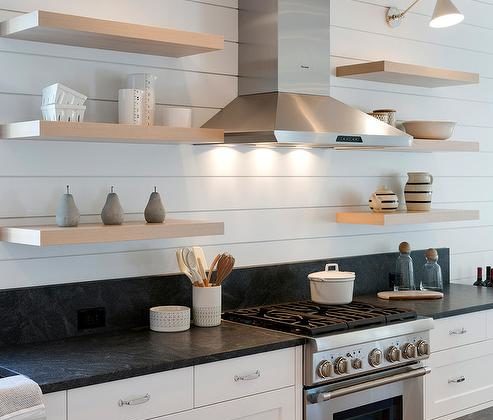 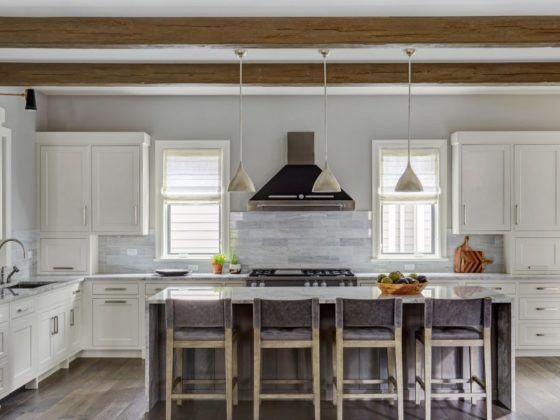 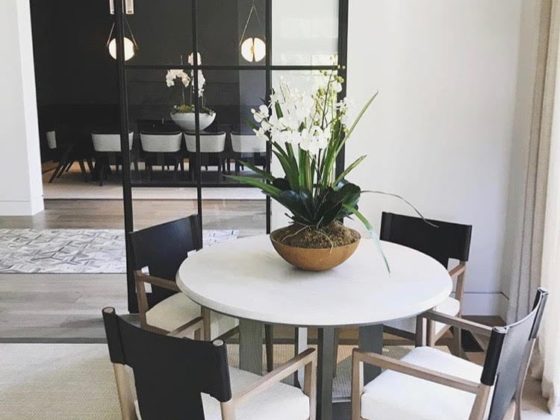 8 Hints to use marble countertops in your bathroom and kitchen with Designer Gina Holz! 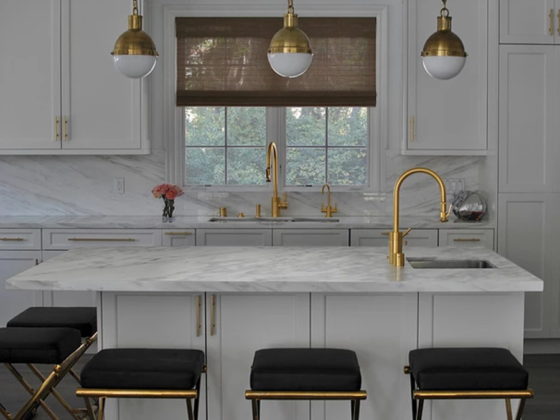 How to Design a Kitchen Backsplash 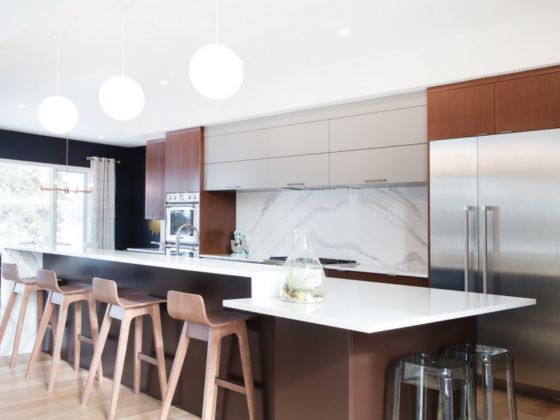 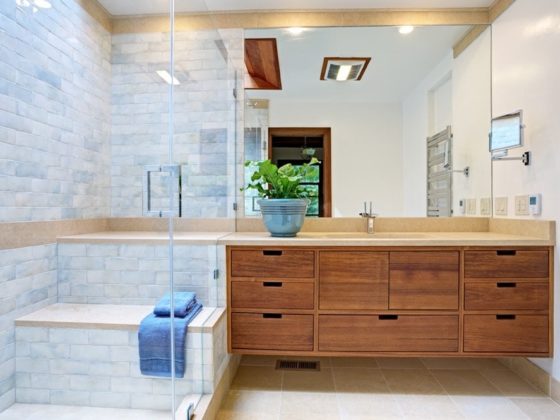