Glass has long dominated the architectural facades of buildings but it’s over abundance has often been coupled with higher energy demands. Ellen Daniel explores how glass technologies are helping to make glass a more conscious design choice.

The use of glass has, for a long time, been a key pillar in architectural design, with all-glass skyscrapers such as The Shard in London, Vista Tower in Chicago and King Power MahaNakhon in Bangkok, becoming everyday features of city skylines.

However, with the environmental credentials of buildings’ increasingly under scrutiny, many have criticised glass structures for their energy efficiency.

Last year, New York Mayor Bill de Blasio proposed the introduction of a bill that would ban the building of new glass skyscrapers and place stricter requirements for existing glass buildings as part of plans to reduce the city’s emissions by 30%.

According to the International Energy Agency, 40% of global CO2 emissions come from constructing heating, cooling, and demolishing buildings, and glass-fronted offices make this worse, due to their poor energy efficiency and the extra energy needed to cool them down.

However, some projects are showcasing how technology can be used in order to harness the benefits of natural light without compromising on environmental impact.

The exterior glazing product, which can be used in façades, curtain walls, clerestories and skylights, works by redirecting light to transmit up to 70% of daylight. This significantly reduces glare as well as reflecting solar heat, meaning less energy is needed to cool the building.

Although the energy-saving properties of the product are still being studied, a study by the NY State Energy Research and Development Authority and Lighting Research Center found that ClearShade skylights at the Parrish Art Museum by Herzog & de Meuron saved 82% in energy usage.

The technology was used in the construction of the Marina Twin Towers in Doha, Qatar.

The RHW.2 office tower in Vienna, Austria, built in 2013, is an example of how glass façades can still be a feature in environmentally conscious design.

The building has two outer layers made out of glass, with a space between them. This means that the windows on the inner layer can be opened.

The building has been awarded the Passivhaus standard, which means it uses insulation and design in a way that reduces energy use. It is the first office tower to achieve this.

A combination of techniques has meant that the energy use has been cut by 80% compared with a conventional glass building.

The Edge, the headquarters of professional services company Deloitte, was given the highest ever sustainability score for an office building in Building Research Establishment Environmental Assessment Methodology, despite having a partial glass front.

The building, located in Amsterdam, the Netherlands and designed by, has a 15-storey atrium that functions as an “environmental buffer” to lower energy use. Although glass is a prominent feature of the building’s design, it only features a glass front on the north side, with other sides featuring smaller windows to mitigate the issues associated with all-glass façades.

The Edge also includes many smart features, such as a dedicated mobile app for adjusting temperature and light levels.

Students at the Institute for Advanced Architecture of Catalonia have developed a material that could be a valuable addition to buildings in hot countries.

A composite of clay and hydrogel, the material is able to absorb 500 times its weight in water, which creates a cooling effect when it evaporates and means that the building “becomes a living thing as part of nature and not outside of it”.

The material could help cool the inside of buildings by up to 6°C. According to the students who developed the material, it could lead to a 28% reduction in the electricity needed for air conditioning.

Image courtesy of IAAC Institute for Advanced Architecture of Catalonia

Dip-Tech has developed a product that enables designers to create an attractive façade while controlling heat and solar glare.

Glass panels are created with digital ceramic printing, using dots and lines not only for decoration, but also to reduce solar heat gain and UV exposure, while still allowing natural light to filter through.

Furthermore, according to Dip-Tech, the technique uses heavy metal-free recyclable inks with no lead or cadmium, and printed patterns can be designed to prevent birds from colliding with windows.

The panels have been used on the exterior of a parking garage in Malmö, Sweden. 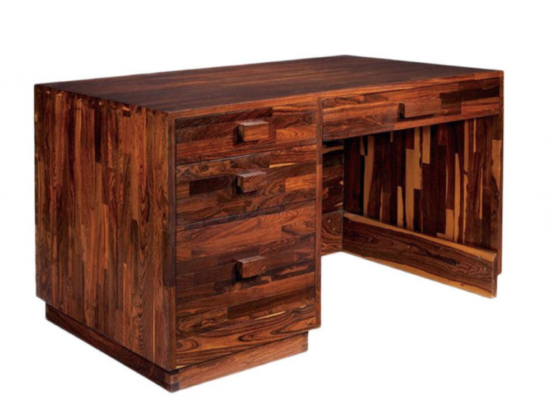 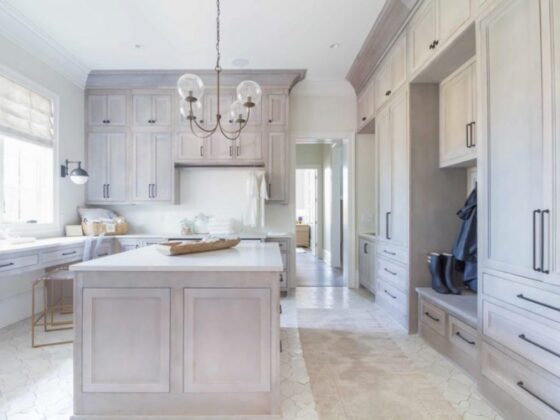 9 Hints to Organize Your Mudroom